Once again I found myself with a bunch of very ripe bananas. ﻿I hate when they go from green to brown in couple of days. That’s what happened with this bunch, but I knew I’d find something to make with them – no more waste in this house! The recipe originally called for cinnamon chips, but since I didn’t have those and have been craving chocolate, it was a simple substitute!

3 very ripe bananas
2 large eggs
1 tsp pure vanilla extract
1 ½ cups unbleached all-purpose flour
1 tsp baking soda
2 tsp ground cinnamon
1 cup granulated sugar
1 cup mini semi-sweet chocolate chips
For topping:
3 Tbsp granulated sugar
1/4 tsp ground cinnamon
Preheat the oven to 375 degrees. Spray an 8-inch square pan with non-stick cooking spray.
In a medium mixing bowl, mash the bananas well with a fork. Add in the eggs and vanilla and mix until combined. Stir in the flour, baking soda, cinnamon, and sugar. Add ¾ cup of the cinnamon chips, and stir briefly. Pour the batter into the prepared pan, and set aside.
In a small bowl, stir together the topping ingredients. Sprinkle the mixture evenly over the batter in the pan, and top with the remaining ¼ cup chips.
Bake for 30 to 40 minutes, or until a toothpick inserted into the center comes out clean. Let cool in the pan on a wire rack for at least 15 minutes before serving.
And because my little one wanted to get her picture taken with the cake. LOL! Make sure you come back…I have another recipe that features some more of those over ripe bananas! 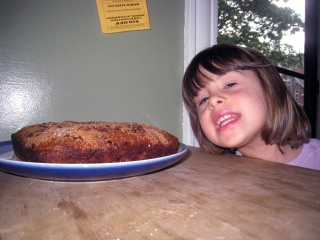 Source: Two Peas and Their Pod 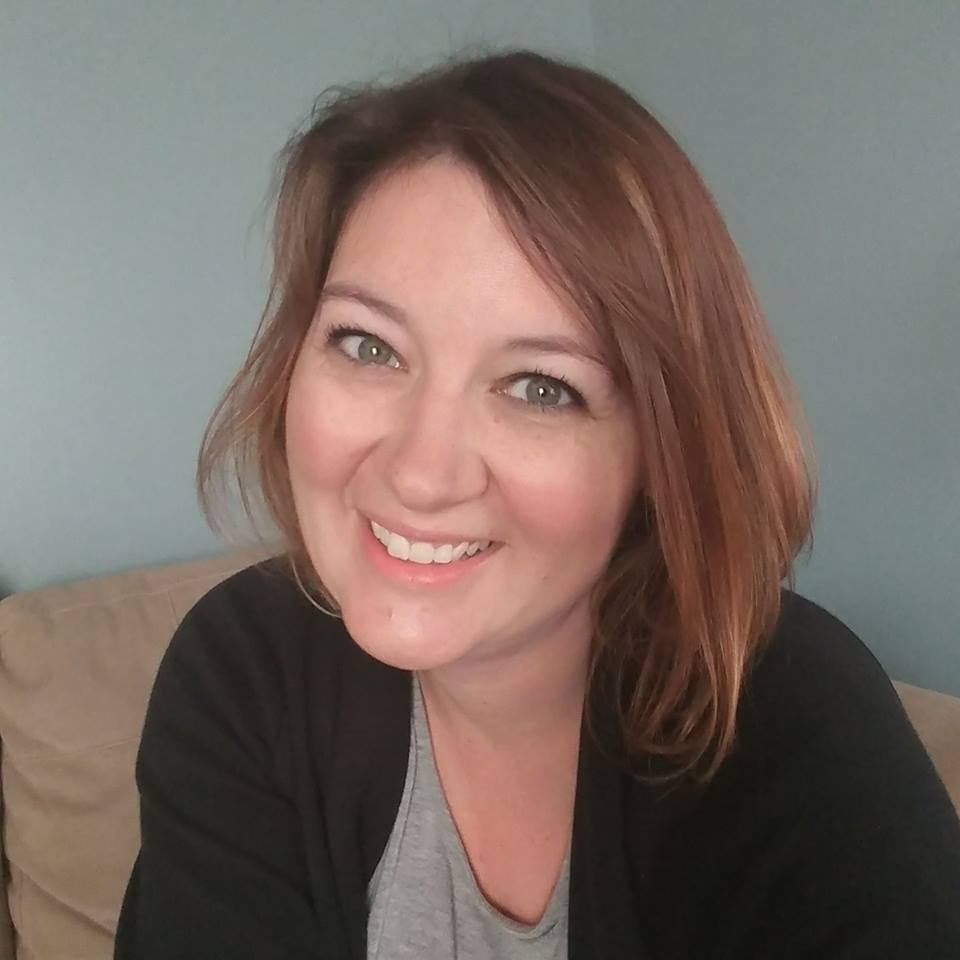